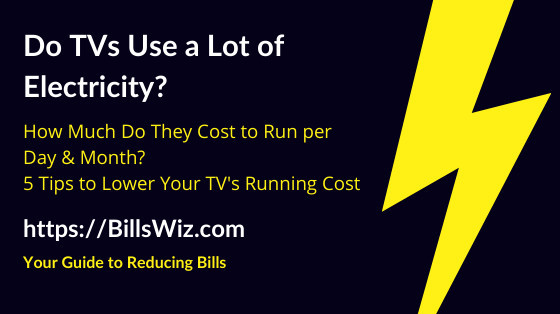 How much electricity does a TV use to run per hour, day, and month?

How does your TV affect your electric bill?

What affects your TVs energy consumption and how to keep it to a minimum?

I am an electrical engineer, and I wrote this short article in order to help you answer all of these questions.

Do TVs Use a Lot of Electricity?

Despite being in the low-medium wattage range, TVs can use a lot of electricity if they were left on for many hours a day, or during all night, every night, on regular basis.

The average electricity consumption of the popular TV size with the average daily watch time can lead to adding a few dollars (around $5) to your electric bill at the end of the month.

However, getting a TV that draws more power and leaving it on during all day or all night might lead to a significant increase in the bill.

Many factors can affect how much power your TV draws, and how much energy it consumes per month, such as:

How Much Electricity Does a TV Use?

On average, a modern TV uses between 0.15-0.3 kWh (kilowatt-our) of electricity to run for one hour, based on the most common TV size of 55″-65″, and the most dominant technologies of LED & OLED TVs with 4k resolution. 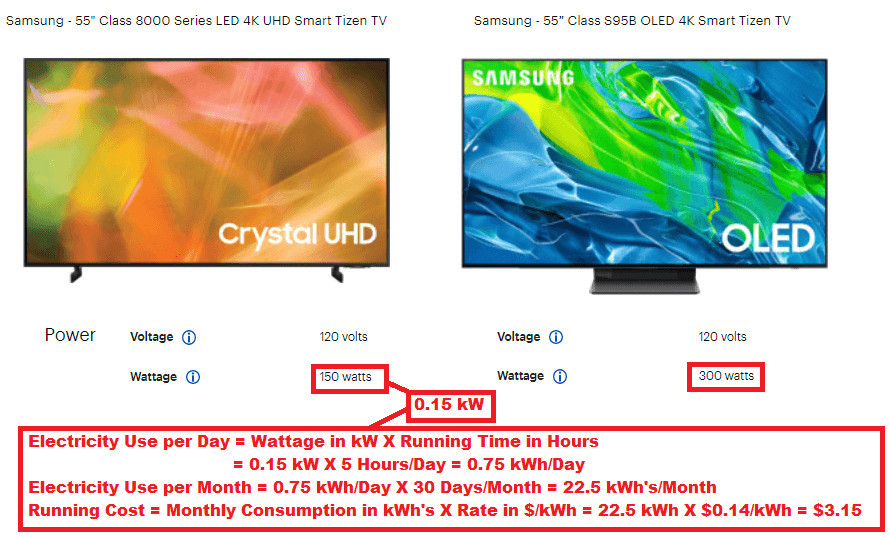 How Much Electricity Does a TV Use in a Day?

Assuming the average daily TV watch time of 5 hours, the electricity consumption of the TV would range between 0.75=1.5 kWh’s per day.

How Much Electricity Does a TV Use Per Month?

Per month, on average, the TV would consume around 22.5-45 kWh’s of electricity that is added to your electricity meter and you pay for, assuming the daily watch time of 5 hours, and the most common TV size of 55″-65″.

Note that these are estimates based on the common TV technologies, sizes, and watch time, and the actual electricity usage by TV would change from one household to another by changing any of the seven factors mentioned in the previous section.

How Much Electricity Does a TV Use on Standby or When Left Off?

A TV uses around 2 kWh’s or less of electricity per month when left off or on standby all the time, which adds less than a half dollar to your monthly bill.

How Much Electricity Does a TV Use if Left On All Night?

Smart TVs are being made energy efficient while producing a great watching experience and with a wide range of options and capabilities.

It is important to note thought, that the energy consumption of a TV differs based on the seven factors mentioned earlier in this article.

For example, while OLED TVs might offer a better watching experience compared to LED TVs thanks to the wider viewing angle and better color contrast, they consume around 60-80% more energy, when comparing TVs of the same size from the same manufacturer.

And TVs with bigger screens of 65″-85″ use significantly more power than TVs with screens between 19″-43″, even with the same technology and from the same manufacturer.

How Many Watts Does a TV Use?

The most common TVs of 55″-65″ size use anywhere between 150-450 Watts of power in order to run, depending on the actual TV size, the technology, and the brand.

How Much Power Does a TV Use When it Is Off?

Modern TVs use very little power when they are off or on standby, which ranges between 0.5 Watt to 5 Watts of power.

How Much Does a TV Cost to Run?

It cost between 3-6 dollars a month in order to run the TV for around five hours a day, every day of the month, with the average wattage of 150-300 Watts for the common 55″-65″ LED & OLED TVs, and average electricity rate of 14 cents/kWh.

Per day, a TV would cost you between 7-20 cents in order to run for five hours, on average.

This is just an average estimate based on the average common TVs, average daily usage, and average energy rate, and the actual cost of running the TV would change from one household to another depending on the actual TV wattage, watch time, and electricity rate.

For example, in Connecticut or California, people pay around 50% higher than the average electricity rate, while in Idaho and Washington, they pay 30% less than the average, and that affects the running cost of the TV. 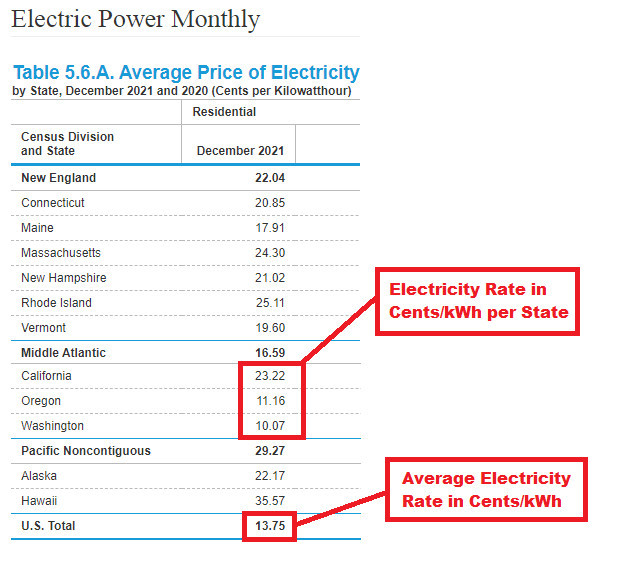 Also, leaving the TV on all the night or even 24/7 costs a lot more money than running it on for few hours a day.

How Much Does it Cost to Run TV All Day?

5 Tips to Save Energy & Money When Running a TV

Despite being in the low-medium range of power consumption, TVs could consume lots of energy and cost a significant amount of money if you are not paying attention, which is similar to the electricity usage of computers.

Here are few tips to help you keep your TVs electricity usage and running cost to a minimum:

As you just saw, TVs do not consume a lot of electricity and cost few dollars per month to run with the average watching time, but their running cost can increase significantly if you keep the TV on all the time, or if you insist on getting the largest TV with the highest resolution.

Follow the five tips in the previous section above in order to keep your TVs energy consumption and running cost as low as possible.

And if you still have any question on this topic, leave it in the comment’s section below and I will do my best to help you out 🙂