There are several electric bill problems that consumers might face, which would make them receive a big bill that they were might not be expecting and might not be prepared to pay.

This could lead to disconnecting their power supply by the utility in case the don’t pay, and in some cases, might be transferred into an account in collection that might harm their credit score on the short and the long run.

I will tell you here the most common issues that you might face, and how to avoid them, or resolve them shall they arise.

This is the most obvious and the easiest electric bill problem to detect.

You can find out about a wrong meter reading in case that you received a bill that is significantly higher than the previous month, while knowing that your consumption and behavior didn’t change that much.

And you can check the number of the total consumed kWh’s recorded on the bill, and compare it with the accumulated value on the meter, and if the value on the bill was higher, this means that you received a higher bill that would you should receive.

The solution to this is one of the two:

While in case that the company charges based on a tiered structure where you pay a certain rate for the first 100 kWh every month, and then a higher rate on whatever you consume after that threshold in the same month, this might mean that you would pay the excess on the high rate.

In that case, you better ask the company to update the current bill and send you the correct one.

This one might be tricky as the meter might not be physically damaged from the outside, but rather, it might be something in the internal components that causes the meter to read and record higher values than what you actually consume. 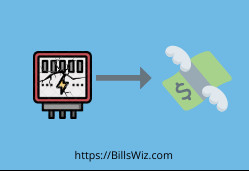 You might notice this if the bill increased significantly compared to the previous month without a significant change in your consumption and the time you use electricity for certain activities.

If that happens, and you the reading recorded on the bill is the same or less than the one on the meter, meaning that there was no problem while reading the meter, it might be that the meter has an internal problem that causes it to record higher values than what you consume.

One of the reasons why electricity companies change meters is that their accuracy might go down with time, but sometimes even newly installed meter might have issues.

If you feel that this is the issue, you may write and send a complaint letter for high electric bill, explain the situation and that you believe that something is wrong with the meter, and ask the company to test it for accuracy and replace it in case it was found to have a problem.

Electricity Stealth from Your Meter

If you notice that something changed around or inside the electricity meter box, or if your bill go significantly higher all of a sudden, and the reading recorded on the bill was similar to the actual reading, and nothing changed in your consumption from the month before, then before you assume that the meter was broken, you might inspect it to see if someone is stealing energy from your meter. 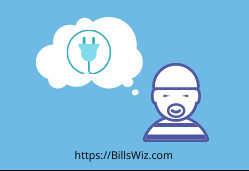 You can do that by simply turning off the main breaker in the main CB panel, which should make the meter stop counting and stop increasing the kWh reading.

If the reading kept increasing, it might be that someone has connected a wire or cable to the cable that is coming out of your meter inside the box, and they are using your supply for their own appliances.

Or, it might mean that the breaker has internal damage that causes it to discharge electricity.

This will cause you a problem on your coming electricity bills, which is why you should contact the company to report this issue and ask them to come in and investigate the issue.

If you find that someone is stealing electricity from your meter, you may want to take a legal action and force them to compensate you.

Identity Theft on Another Meter

Sometimes, you might receive an electricity bill with your name, and maybe you would be surprised with many bills that had been accumulating over several months, but with different ones that you have been receiving and paying for.

You should check the meter number on the new bills, and compare it with the number on your meter, or on your correct bills, and see if it was different.

If you find that this is another meter, then chances are that someone stole your identity and applied for an electricity meter connection with your name, and didn’t pay any of their bills.

This is criminal, and you should report this to the authorities and get compensated, and the person who stole your identity should pay for this act.

Sudden Big Increase in Bill Value for Other Reasons

There are many reasons your electric bill fluctuates from one month to another, such as:

These all are possible factors that would cause an abnormally high electric bill problem.

To avoid these the next time, try to follow:

This is a big problem that you might face with your electricity bill if you receive a bill that is much higher than what you were used to receiving.

Assuming that nothing is wrong with the reading recorded on the bill or with the meter, and no one was stealing from your meter, then you can do nothing but to pay the bill as soon as you can as you can’t be too late on electricity bill before the company shut it off.

Try to either save money from another aspect of your life or ask someone you know to help you pay this bill, contact the company as soon as you can and let them know that you can’t pay the whole bill this month and ask for an extension and a payment plan, or apply for local or national programs that can help with utility bills such as LIHEAP.

Another major problem with electricity bill that many people face.

Even if you get an extension and you keep the power supply without paying, that doesn’t mean that you won’t eventually pay.

Try to pay your bills as soon as you can in order to avoid this from happening, and if you end up having the account in collection, then you may negotiate the debt collecting agency to delete this account from your credit report in exchange of paying the debt, as it would normally stay in your report for seven years.

Electric energy is an essential part of hour life and we need to keep it available all the time without the threats of getting disconnecting it by the company and without getting in debt.

The first step in avoiding electric bill problems is to be conscious of our consumption and try to reduce it and optimize it as much as we can, investigating the reasons of sudden increase in electric bill, and reporting any issues in the meter or in the reading on the bill.

And if you live in a house that you own, you may explore alternative energy sources such as solar energy that can significantly lower your bill or even eliminate it in some cases.

And while it costs money to install a solar power plan, but you save on the long run, and you increase the value of your home at the same time.

And in any cases, in some countries, like the US for example, some companies can help you find funding solutions to install a complete system without a down payment. 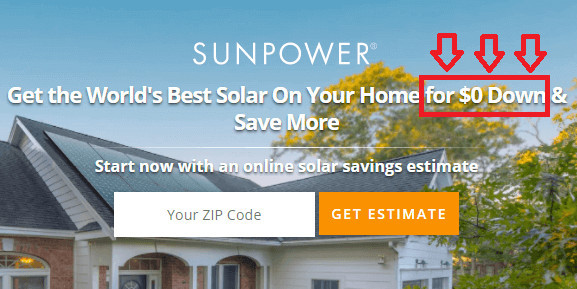 SunPower is one these companies, and you can visit their website, enter your location’s zip code, complete a 1-minute survey about your home, and they will contact you to discuss the possible funding options.

I hope that my short guide was helpful to you for learning about the most common electric bill problems, how to prevent them from happening, and what to do shall any of them happen.

If you still need any help on this subject or have any question, let me know in the comments’ section below, and I will do my best to help you out 🙂