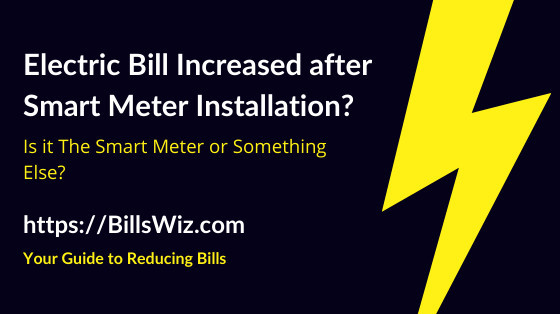 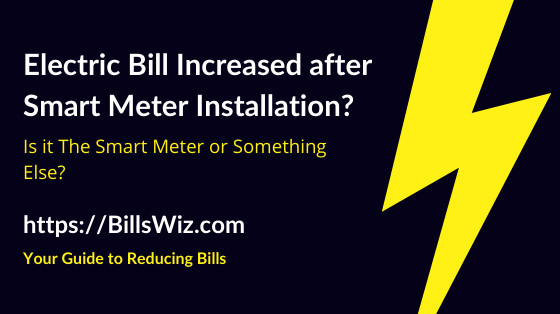 Did you notice an electric bill increase after smart meter installation? You are not the only one.

Do smart meters increase your bills, is it a coincidence, or is it related to a new way of how electricity consumption is measured?

What do you do if there was something wrong with the meter or the bill?

I’m an electrical engineer and I help people know how to save money on their utility bills on my website here, Bills Wiz, and I wrote this short article in order to help you know if smart meters increase your bills and how to go around it.

In general, smart electricity meters don’t increase your bills as they are supposed to be accurate when reading your electricity consumption in order to avoid any overcharge or undercharge on the consumers’ electricity bills.

However, there might be few cases where you smart meters might indirectly affect your electricity bills in a way that could either increase, or decrease the value you get charged at the end of the month, as you will see now. 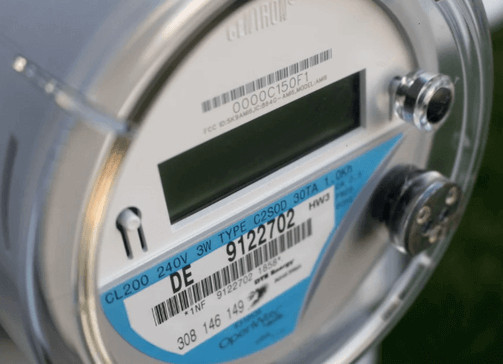 This is the main reason why you might notice a higher electric bill after smart meter installation.

In the past decade or so, the term “time of use” become more popular describing a new method of billing customers for their consumption of energy.

What this term means is the same consumer gets billed different rates for electricity based on the time of withdrawing electric power from the utility meter.

With this tariff, the utility company will charge a high rate during the high-demand hours, aka “Peak Tariff”, and then would charge the normal tariff during the other hours.

And the peak hours might be different from one utility company to another, or from state to another, depending on the consumers’ behavior.

Sometimes it might even be different from one season to another, or different between the weekdays and the weekends. 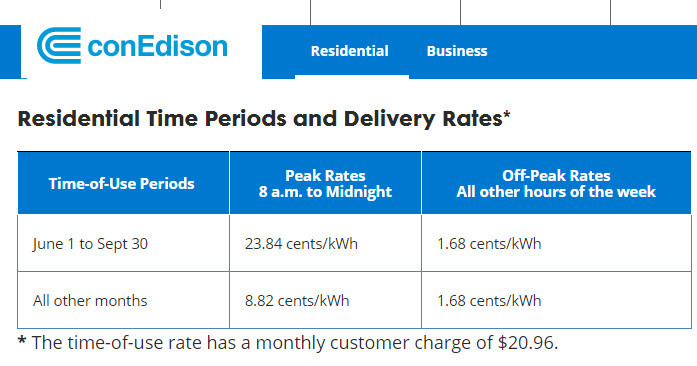 This tariff system was created in order to encourage the consumers to redistribute their usage of energy into the hours when the demand is low in order to lower the pressure on the electricity grid system components.

And this billing system requires a smart electricity meter that can be programmed to record how much energy you have withdrawn from the grid during the time of peak hours in order to charge you the peak-hour rates for that amount.

This is one reason why you might notice an electric bill increase after smart meter installation.

So, it is better to check with the utility company through their website or over the phone, or on the latest electricity bill you got after installing the smart meter, in order to see if they are now charging based on the time of use concept, see what hours are considered to be peak-hours, and try to shift your consumption away from these hours as much as you can.

Another way how a smart meter might increase your electric bill is if the old meter was inaccurate in measuring and recording the consumption, where it used to register lower than the actual consumption.

And since smart electricity digital meters are made to be more accurate than their predecessors, this means that the smart meter will now start measuring the real consumption, which is why you could start getting a higher electric bill after the installation of the smart digital meter.

Another benefit of using digital meters is that it is hard to manipulate them in order to steal energy by the consumer, like when some people use magnets to slow down or stop meters and lower electric bill illegally.

And their are some other ways to manipulate the analogue electricity meters.

Maybe the person that was renting the place before you used to steal energy using one of these methods, and somehow the meter remained in this state after you moved in, which means that you have been being undercharged for what you actually have been consuming.

And now that the smart meter is in place, your electricity bill increased as the new meter started reading and recording the real usage.

These are the main three reasons your electricity bill has increased after installing the smart meter.

It might be one of these three reasons, two of them, or the three combined.

What if You Had a Big Increase That Is Unjustified?

It might be that you have received a high electric bill all of a sudden after installing a digital electric meter, without the company applying the Time-of-Use tariff, and the increase was huge that it couldn’t be related to accuracy or to manipulating the old meter.

Here are the main three causes of the high electric bill in this case:

It might be that the utility company has not applied the Time-of-Use tariff, but instead, they raised the flat rates per kWh consumed at all times, and it happened that this increase came at the same time.

And this would mean that you would get a higher bill despite the same consumption and the flat rate, regardless of the smart meter installation.

Compare the latest you got after the smart meter installation with the latest with the old meter, and see if the rates per kWh are different.

Or visit the company’s website or call them to ask if they have changed their rates.

If this is the case, you may explore switching to another utility company that charges lower rates instead.

Maybe there’s no TOU tariff, no rate increase, and no accuracy issues with the old meter.

It might be that your consumption for that last month has increased significantly, and it happened that the smart meter was installed at the same time.

Or maybe it was December and you had more people to stay in your place.

The solution in this case would be to monitor your electricity consumption and reduce it through changes in your behavior, or by using electricity saving devices for homes.

If you have noticed a big increase in your electric bill after installing the smart meter, while your behavior hasn’t change during that time, and without the utility company changing their rates and without adopting the TOU tariff system, then it just might be a problem with the smart meter.

Some problems might make the smart meter inaccurate and would cause your bill to significantly go high.

Some of the smart digital electric meter problems are:

If you believe that one of these might be the reason why you got an increase in electric bill after a smart meter was installed, then you may contact the electricity company to inspect the meter for you, by calling them or by writing a complaint letter for high electricity bill.

Conclusion – A Smart Meter Might Increase Your Electric Bill

As we saw above, the smart meter might cause a high electric bill if a new electricity billing system was introduced, and the smart meter was installed in order to apply that new system, like it is with the time-of-use tariff, in which case you can try to shift as much of your energy consumption to the low rate hours.

Or maybe, it’s just because the old meter wasn’t reading and recording consumption accurately like the smart meter does.

It could be that the smart meter is inaccurate or faulty in a way that it will increase your bill.

And maybe, no new billing system was applied, and there was nothing wrong with the old meter, but it might be that your consumption has increased.

If there was no problem with the meter itself, and there’s nothing you can do to shift your electricity usage to off-peak hours, or to further reduce your energy consumption, then you might explore other options like generating electricity by yourself through installing a solar energy system.

The nice thing is that these days, there are many companies like SunPower that can help you find financing for your solar plant so that you install it without a down payment.

You can visit their site to complete a short survey about your home, and they will contact you to arrange for a free appointment to discuss the available options for you.

I hope that my article was helpful for you in knowing why you might have an electricity bill increase after a smart meter was installed, and what to do about it.

If you still have any question related to this matter, please, ask me in the comments’ section below, and I would be happy to help you out 🙂