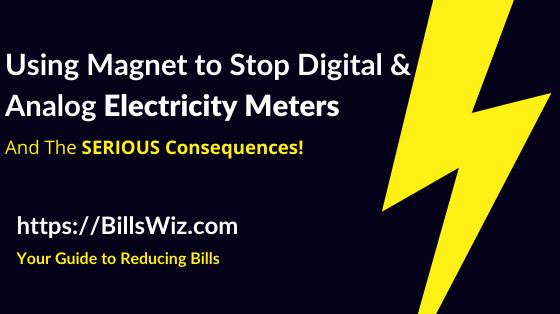 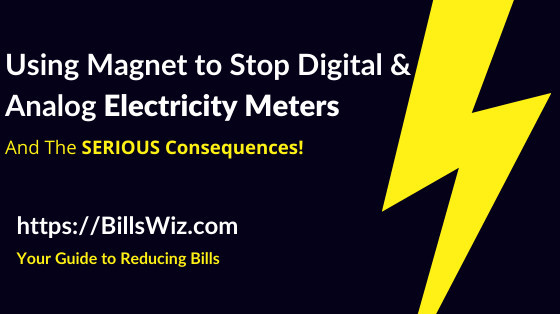 How to stop the electricity meter with a magnet?

A question that thousands of people ask everyday, without thinking of the consequences of doing such a practice in order to reduce the electric bill.

I will tell you here if you can stop a digital or an analog electric meter using magnet, if it is ok to do it, and what to do if it wasn’t fine to do so.

Using a magnet can reduce electricity bill illegally when used with some kinds of meters if you place it near the meter in a certain position for long time during the consumption hours, and it will counteract the mechanism in which the meter works, and start recording less than the original consumption.

In other words, you still consume the same amount of electricity, but you disturb the meter in a way that it doesn’t read all the consumption, which is considered a theft, and it is illegal.

How to Stop Electric Meter with Magnet?

You can stop electricity meter with magnet by placing a large magnet in some position attached to the meter, provided that the meter is of the mechanically-operated type with a rotating disk inside it that rotates with a speed relevant to the consumption. 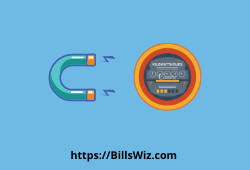 When you put a magnet in a way that slows down the disk or even stops it, then the disk will not be moving the dials that give the value of consumption in kWh, and thus, the meter will stop recording the real energy consumption.

While if placed in a wrong position, it might actually make the disk move faster, and thus, register a hire value than the actual consumption.

Be aware that the magnet should be big, and therefore heavy, and attached to the meter enclosure all the time in order to be able to stop or slow down the disk to the level that you reduce the electric bill, which could lead to serious legal consequences when discovered by the utility company (Read more below!).

Note that this only works with traditional electricity meters that use the disk mechanism to record consumption.

How to Stop Digital Electric Meter with Magnet?

You can’t stop a digital electric meter with magnet as it doesn’t have a rotating part that moves with magnetic filed like the old meters do.

The smart digital meters are designed in a way that cannot be interfered with using magnets, or even with any other methods of hacking, and might get you caught quickly due to a signal that some meters can send to the company when the consumer is trying to manipulate them, which leads to legal consequences and big fines.

Why You Should NOT Be Using Magnet to Reduce Electric Bill

Because using magnet to lower energy bill means that you are still using the same amount of energy as usual, but you are reporting to the utility less than the actual amount because you manipulated the meter’s functionality.

This, first of all, is unethical, and you should not be doing it even if you think that you will not be caught.

But add to that, it is also illegal to try to stop the meter or slow it down with such techniques.

If someone reports you, or if the utility employee notices the big magnets (that need to be attached to the meter’s enclosure) when he/she comes in to take the monthly reading, they will report this theft to the company immediately, and it might result in the company stopping to supply you with electricity, in addition to filing a case and requesting you to pay a big fine depending on the country you live in.

If you want to slow down or even stop the electricity meter legally from increasing the reading every month, then there are legit ways of doing it.

You can check out our article on the 21 reasons of sudden increase in electric bill and how to combat them.

Also, you may install solar panels or small wind turbines in order to reduce electric bill where they generate during the day electricity that exceeds your consumption, and you give the excess to the utility, and then at night, you draw from the utility the amount you need, and the meter will record both amounts. 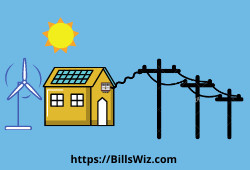 That’s the right way of lowering your electricity bill, and not by using a magnet to slow down or stop the meter from spinning.

I hope that my article was helpful and enlightening.

If you still have any question, please, let me know in the comments’ section below, and I will do my best to answer you asap 🙂