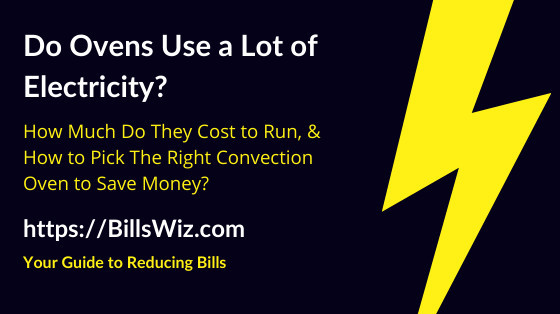 Do ovens use a lot of electricity and increase your bill?

How much does it cost to run the average convection oven, and is it better to get an oven or an air fryer?

I am an electrical engineer, and I wrote this short article in order to help you find answers for these questions in order to keep your bills as low as possible when cooking.

Do Ovens Use a Lot of Electricity?

Ovens use a lot of electricity while they are running as they consume a lot of power in order to function (2-4 kilowatts), but the total that they add to the bill might not be always significant as you don’t usually run them for many hours a day like it is with space heaters and aircons.

Whether an electric convection oven consumes a lot of electricity or not depends on the personal use of every one, which might be affected by:

This makes it very similar to the electricity usage of air fryers that work in a similar way to electric oven toasters.

How Much Electricity Does an Oven Use?

An oven uses an average of 2,000 watts of electricity in order to run, with a wide range of available oven options from 1,000 watts to 3,500 watts and even more in some cases.

In terms of kilowatt, the oven uses an average of 2 kW in order to run. 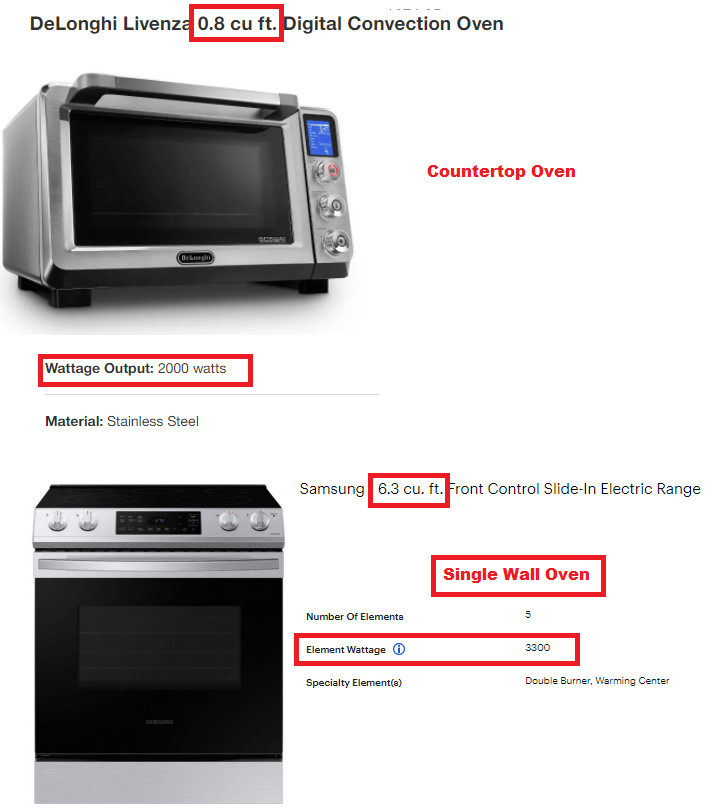 Note that electric ovens come in many different forms and sizes, which affects their electricity consumption, but the two main electric oven sets are:

But since double wall ovens might not be that popular in houses as it is rarely needed to cook a lot of food with the oven that you need two big ovens to work at the same time, I considered the countertop and the single wall oven when estimating the average energy consumption of electric ovens. 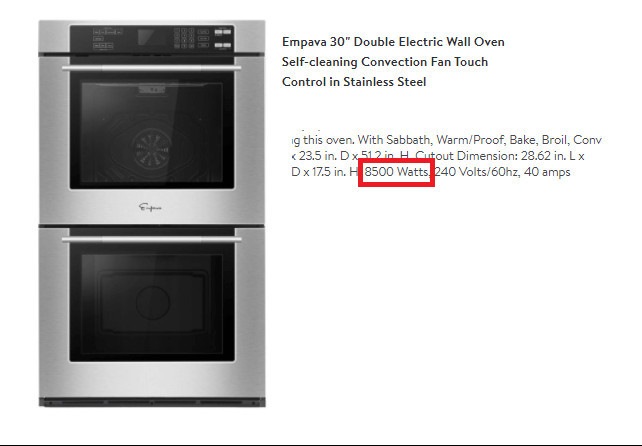 How Much Power Does an Electric Convection Oven Use?

Electric ovens use between 1,000-3,500 watts of power when running on their full capacity, which is what is known as the “Wattage” rating of an oven.

This is the instantaneous electricity flow that the oven draws at any moment, and note that an oven can run at a lower wattage than its rated capacity, depending on the temperature you set it to run at.

For example, an oven that has the power rating of 2,000 watts can draw at a certain moment only 1,500 watts, which is around 75% of its actual rated value.

And to know that value, you need to know how much it consumed every hour of its operation, and the number of hours the oven was on.

How Much Electricity Does an Oven Use in an Hour?

On average, an oven uses around 2 kWh (kiloWatt-hour) of electricity in an hour, based on the average oven power rating of 2 kW, and assuming that it was running on its full capacity.

And as mentioned earlier, an oven with a certain wattage might work at a lower that its maximum rating if it was running at a lower temperature output, which could lower the electricity used by an oven in an hour.

For example, a 2 kW oven might only draw around 1,500 watts when it is running to give a certain temperature level, an in that case, it would use only 1.5 kWh of electricity in an hour.

How Much Electricity/Energy Does an Oven Uses in a Month?

An oven would use around 60 kWh of electric energy in a month, based on the following the overage size of an oven with the rating of 2 kilowatts, and assuming that you run it on full capacity for one complete hour every day.

Some households might cook less often, like five times a week, and might use lower temperature that draw lower watts, in order to cook meals that don’t need the oven to run for a complete hour a day.

And some big families might need to run the oven for longer times in order to cook many plates or meals in batches.

How Much Does an Oven Cost to Run?

On average, an oven costs around 28 cents per hour of operation, assuming the average size convection oven of 2 kW rating that runs on its highest wattage, and the average electricity price of 14 cents/kWh.

Per month, an oven would cost an average of around $8.4, assuming that you run it for one complete hour every day on the highest setting, with the average wattage of 2 kW and average energy rate of 14 cents/kWh.

The actual cost to run an electric oven might differ from someone to another based on the following:

For example, based on the average 2-kW oven use of 1 hour per day on full wattage, which results in 60 kWh of energy consumed at the end of the month, the cost in a place like California where the energy price is around 24 cents/kWh would be around 48 cents/hour, and around $14.4 per month. 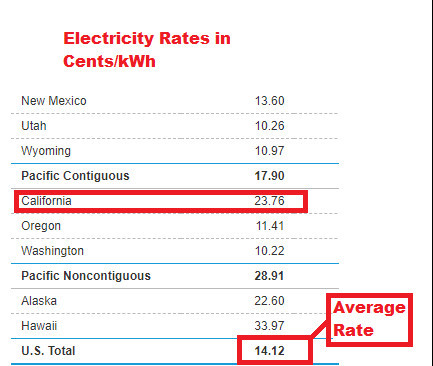 Air fryers come in a more compact form and with a smaller volume capacity to cook food, which makes their wattage range smaller, ending at around 2,000 watts.

Convection ovens on the other hand come with a bigger space to cook food, and to be able to cook bigger quantities of food at the same temperature and during the same time, they need to withdraw more power, which is why the wattage range of ovens goes all the way up to 8,500 watts.

The cooking time for certain meals is a bit similar, with the air fryer being slightly faster as it has a more compact size, which requires less preheating time and cooking time, which means that air fryers can be cheaper to run for smaller sizes of meals.

But for larger meals, an air fryer might require you to cook in batches, which means that it would consume more energy in total and would cost you more to run.

It is up to you to choose the one that suits your needs based on your cooking patterns and the size of the family you cook for.

Electric ovens can be a big safer than gas ovens to use.

If you decide to get a convection oven, the following tips might help you save on your purchase and on the running cost in the future:

I hope that my article was helpful and insightful, and that you now know when convection ovens might use a lot of electricity and how much they would cost to run.

If you still need any help or have other questions on this matter, please, tell me in the comments’ section below, and I would do my best to help you out 🙂