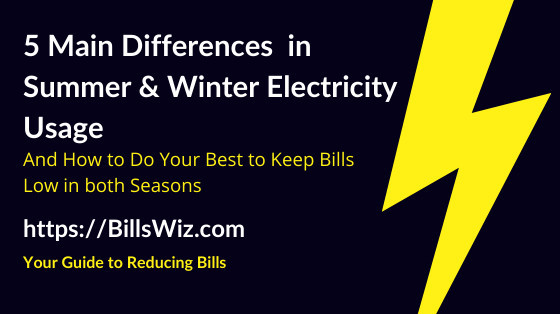 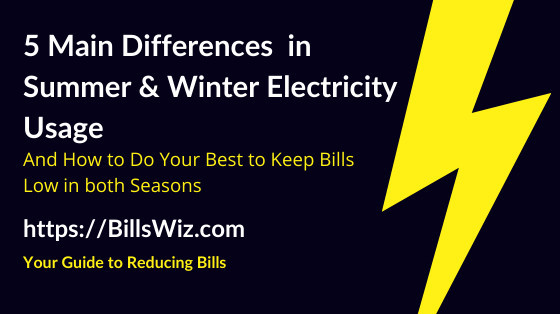 What is the difference between the electricity usage in winter and summer?

When is it higher? How does that affect your electric bill? And how can you avoid getting extremely high bills on the hot and cold months?

I’m an electrical engineer with more than a decade of experience, and I’m writing this short article to help you know what to expect, and how to lower your electricity usage in summer and winter in order to keep your bills as low as possible.

Is Energy Usage Higher in Summer or Winter?

Now energy here isn’t supplied only by electricity, but sometimes through gas or diesel, if your space and water heating systems are powered by one of these fuels.

How Does That Affect Winter & Summer Energy Bills?

More energy usage in winter compared to summer usually means a higher total of energy bills, but that’s not always the case.

And assuming the same price of electricity during summer and winter, and the same behavior in your usage, the electricity bill in winter would mostly be higher than it is in the summer.

While if you use diesel or gas for space heating and for water heating, then the use of electricity in particular in winter could be either higher or lower that it is in summer depending on your usage of other appliances and artificial lighting.

And your electric bill could be either lower or higher in winter compared to summer depending on the difference in the amount of electricity you withdraw from the grid, the rates of electricity in both seasons, and the change in your behavior as some companies charge different rates during the day based on the hour of using electricity.

But even if you use diesel or gas for heating and your electric bill was lower in winter, the total of energy bills would mostly be higher in winter, unless gas and diesel were extremely cheap.

In general, we need to use more energy for heating during winter than we need for cooling during summer.

For example, in cold places like in Seattle for example, it is possible to live without using the air conditioner for cooling in summer as the temperature would be moderate.

While in winter, the temperature would be anywhere between 35 and 45 degrees Fahrenheit, which is difficult to live with, unless you are using central heating, electrical space heaters, or an air conditioner with a heating mode (heat pump). 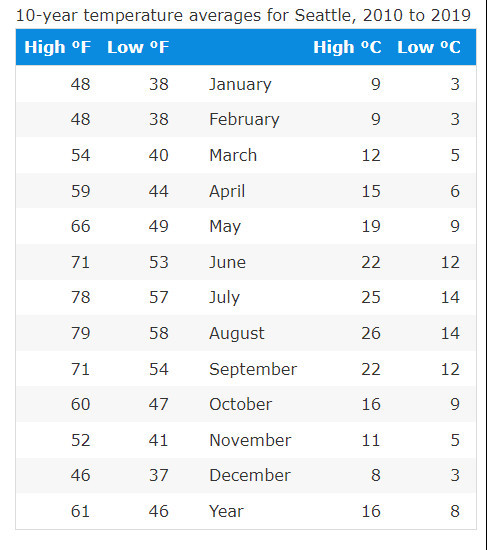 And all of these consume electricity.

Even if the central heating system uses diesel or gas to fuel the boiler, it still uses electricity to run the pumps that circulate the hot water in the system components.

While in July for example, the temperature might not far exceed 78 degrees Fahrenheit, which barely requires any kind of air cooling in order to feel comfortable.

This would make the electricity usage much higher in winter than in summer in these areas, and thus, a higher electricity bill.

Now this is for the northern areas that are very cold in winter and moderate during the summer.

But what about the southern hot areas?

There is more than reason for that, such as:

This means that even in the hotter areas, you may use more energy for space heating during winter than you would use for air cooling during the summer.

But both cases, you may be able to use a smart thermostat that could save you energy by regulating the operation of these systems to keep as economical and comfortable as possible.

And you need to adopt habits and methods that help you maintain the temperature inside the house as stable as possible without having to run the heating and cooling systems fully-loaded all the time, like these ways for saving on the air conditioning bill.

While you need warm water to take a shower in both seasons, but the energy needed for heating water and for keeping it warm during the cold months far exceeds the amount of energy needed to do the same thing during the hot weather.

Add to that, it is almost impossible to wash your hands with cold water during winter, while it is very normal to do so during summer.

This means that you will need to use a bigger quantity of hot water during winter, which means more electricity usage if you use an electric water heater or boiler, and even if you are using a diesel or gas boiler for heating water, you need the pumps attached to it to run longer in order to supply you with all of the hot water you need. 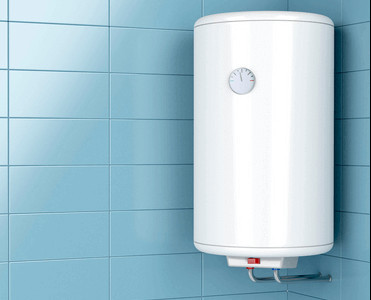 One solution to reduce the electricity usage during winter for water heating is through using water heater timers that can save you money by regulating the operation of water heaters, as you may not need the hot water all the time at night or during the day when no one is at home.

During winter, it gets darker much earlier than what happens in summer, and you need to use the artificial light in order to be able to do any task you need to do. 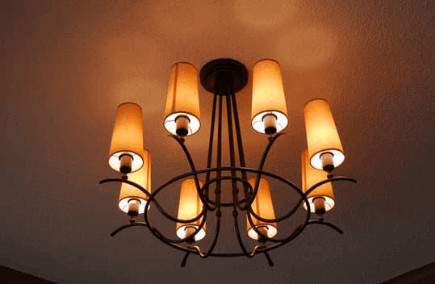 This makes you use more electricity during winter than in summer on the lighting.

And to save on this load, you may consider switching to LED bulbs that use less electricity than other types of lighting units, and turn off any lighting unit that you don’t need at the moment as leaving lights on all the time waste energy and increases your electricity bill.

Because it is colder and darker outside, people tend to spend more time at home during winter than they do in the summer.

This usually means more usage of all appliances such as the space heating, water heating, lighting, the oven or microwave, the kettle, the dishwasher, ….etc. 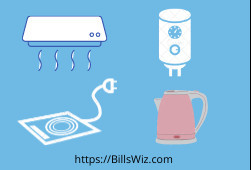 This means more usage of electricity during winter, which would make your electric bill definitely get higher than it is in the summer.

To minimize the effect of this situation, try to do things like laundry, dish washing, and ironing in full loads, and don’t leave appliances on when no one is using them.

Winter vs. Summer Electricity Use Prices

In many places, electricity prices go up in summer and in winter compared to the prices in spring and summer, due to the higher demand during the extreme weather conditions, which affects the grid and puts it under pressure, in addition to the rise in the cost of generation of electric energy if it was generated by gas or fossil fuel power plants.

But in addition to that, some electric companies might charge different rates per kWh consumed during the same day, through the time-of-use tariff where you pay the normal rate during the off-peak hours, and a higher rate during the peak-load hours.

Here’s an example of this tariff where the consumer pays a higher rate during the time from 4 pm to 8 pm. 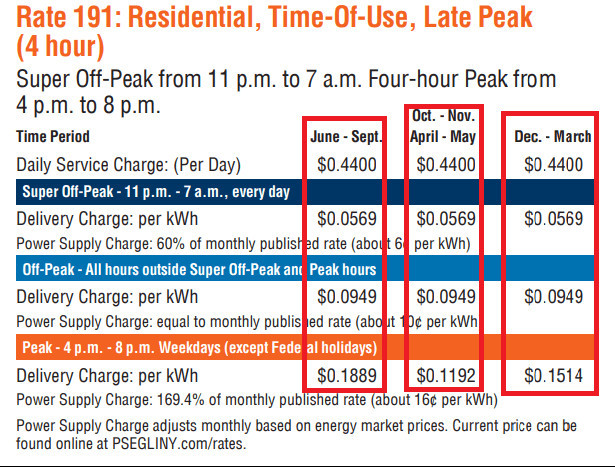 And if it happens that you change your patterns in doing things during winter, you might end up shifting a certain part of your electricity usage (such as doing laundry for example) from the off-peak hours to the peak hours, and you end up paying more money for using the same amount of electric energy.

The solution to this is to find out when the peak hours are, either by calling the utility company or by checking out their website or your bill for details, and try to shift as much of your electricity usage to outside these hours.

As you saw, your energy usage and especially, electricity usage, in winter is usually higher than it is in summer, which usually translates to higher winter electric bills compared to summer electric bills.

But in both seasons, your electricity bill would usually be higher than what you would receive in spring or in autumn.

Do your best to keep your electricity usage in summer and winter as reasonable and conservative as you can in order to avoid electric bill problems that might arise from getting high bills that you can’t afford to pay.

Follow these tips to reduce the summer electric bill, and these methods to save on winter electricity bill as a start.

And to even save more money, you may consider installing a solar power system that can help you supply your electric energy usage in winter and summer in order to keep your bills as low as possible or even eliminate them.

The investment in solar panels is very feasible, and in some cases, there are funding solutions that can help you build your system without a down payment, and SunPower helps its customers to explore such options.

I hope this was helpful and insightful in knowing the difference in electricity usage between winter and summer, and why you would mostly get higher bills during winter.

If you still need any help or have any questions, feel free to ask me in the comments’ section below, and I will do my best to help you out 🙂