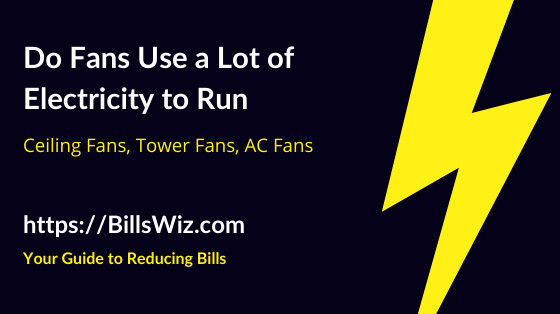 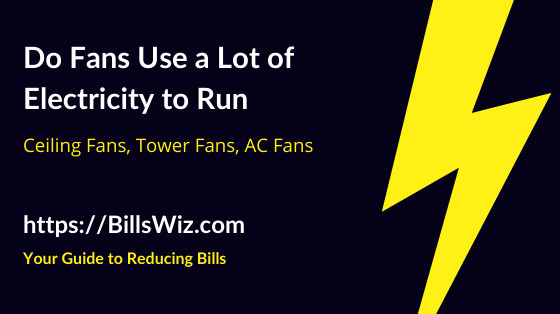 You might be concerned regarding the summer electric bill, which is why you are asking: do fans use a lot of electricity, how much money do pedestal or ceiling fans cost, and what is the difference in electricity consumption between fans and air conditioners?

I am an electrical engineer with more than ten years of experience, and I will give you all the answers you need here, so that you know what is more cost effective for you in order to save some money to spend on yourself and your loved ones.

Do Fans Use a Lot of Electricity?

Fans do not consume a lot of electricity compared to using air conditioners when used to circulate the air.

However, they still consume some electric energy that you need to be aware of, and whether to use them or not, depends on the location and the weather at a certain time of the year.

Do Ceiling Fans Use a Lot of Electricity?

Ceiling fans use some amount of electricity, but not a lot. It depends on the ceiling fan design, the speed it is being operated at, and its efficiency.

Do Pedestal Fans Use a Lot of Electricity?

Pedestal fans are similar to ceiling fans in using electricity, which depends on the design and the design, efficiency, and operating patterns.

Do AC Fans Use a Lot of Electricity?

Like all kinds of fans, AC fans use some electricity, but it is much less than the amount of electricity that the AC unit would consume when operated in the cooling mode.

How Much Electricity Do Fans Use?

Every fan uses an amount of electricity that is related to its design, size, manufacturer, and on the speed it is used at.

For example, a ventilation fan might withdraw on average 20 watts when operated at the lowest speed, and up to 60 watts when run at the highest speed.

How much electricity a fan uses per hour depends on the speed at which you keep it.

To simplify this, let’s assume that you operate it at the highest speed all the time.

In one hour, the fan would consume 60Wh, or 0.06kWh, for every hour of operation.

Assuming that you switch the fan on for around six hours per day, then the total consumption would be 6 X 0.06kWh = 0.36kWh per day.

How Much Electricity Do Ceiling Fans Use?

As in the previous example, the electricity ceiling fans use ranges between 5W-20W for the lowest speed, and 50W-90W for the highest speed, depending on their efficiency and the blade length.

Energy Star ceiling fans usually withdraw electric power on the lower end of the range, like the 52″ Hugger fan with light kit, which withdraws 2.7W at the lowest speed, and 28.7 at the highest speed. 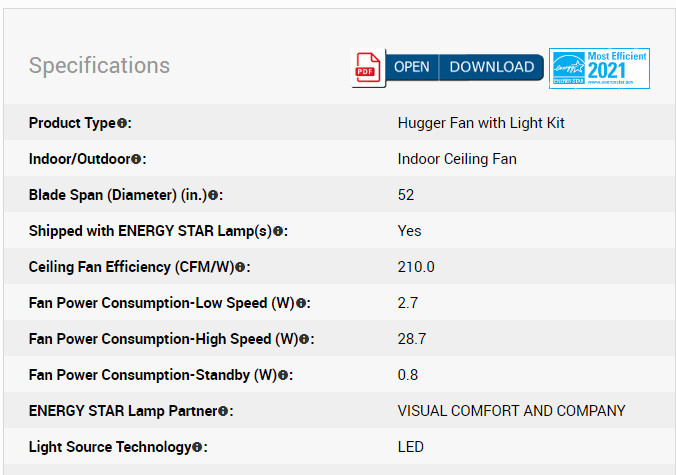 This means, when operating at the highest speed for six hours a day, thirty days a month, the amount of electric energy this fan will use is around 0.0287 X 6 X 30 = 5.17kWh per month.

How Much Does a Fan Cost to Run?

This depends on two things, the amount of electricity the fan uses in kWh, and the electric tariff of the utility company.

Continuing with the previous example, assuming that you live in NYC, where the cost of electricity is around $0.19/kWh, then the average fan would cost you around 10.8kWh X $0.19/kWh = $2.05 per month, when operated at the highest speed for six hours a day.

While when in Texas for example, where some electricity companies charge around $0.11/kWh, the cost of the average fan would be around 10.8kWh X $0.11/kWh = $1.19/month for the same operation conditions in the above example.

Does Leaving The Fan on Waste Electricity?

Yes, leaving the fan on wastes energy, which is calculated in the same way as in the examples above.

If no one is in the room where the fan is located, then it is always recommended turning it off.

This is the same like how leaving the lights turned on wastes electricity.

Does Leaving The Ceiling Fan on Waste Electricity?

Leaving the ceiling fans on, like any other kind of fans, wastes electricity and costs extra money to be charged on your electric bill, and the amount of electricity lost depends on the fan’s design, efficiency, and the speed it is set to operate at.

Does Leaving The AC Fan on Waste Electricity?

The AC fan also wastes electricity when it is left on without anyone in the room.

It is always recommended turning off the AC and its fan when the room is not occupied by any person or pet in order to save money.

Opposite to the misconception some people have, turning on and off the AC does not cost more.

In general, ventilation fans use much less electric power to operate at full speed compared to air conditioners.

Therefore, use fans over AC when the fan can make it comfortable, and in many cases, it does.

Is it Cheaper to Run Ceiling Fans or AC?

Yes. For example, a fan that consumes around 60W at the highest speed, costs around $0.68/day when operated for six hours, and around $2.05/month when operated six hours a day, every single day of the month.

However, a 1-ton AC unit consumes around 1kWh per hour of operation.

That’s a huge difference in cost between using an AC and a ceiling fan or a pedestal/tower fan.

However, since fans only circulate the air around the room, and do not actually lower the temperature be cooling down the air, they might not always be enough, and you might sometimes need to use the air conditioner.

Just be conscious about your usage of each appliance. It could be enough to turn on the AC for two hours a day when it’s very hot, and for the rest of the day, the fan might be enough.

Conclusion – Fans Do Not Break The Bank

Pedestal and ceiling fans do not use a lot of electric energy to run, and can help you lower your electric bill in summer, especially when compared to using air conditioners or evaporative coolers.

Try to prioritize using ventilation fans or the AC in a “fan mode” over using the AC cooling mode or the evaporative coolers whenever fans give enough comfort.

And in any case, turn off the fans when no one is in the room to benefit from their operation.

If you found my answers helpful, please, feel free to share this article with anyone who could bnefit from reading it.

And if you still have questions or need help in anything, feel free to ask me in the comments’ section below, and I will be happy to help you out 🙂