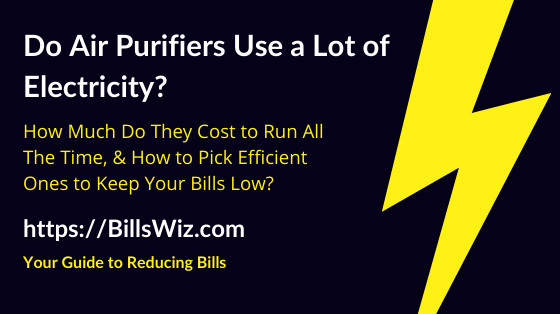 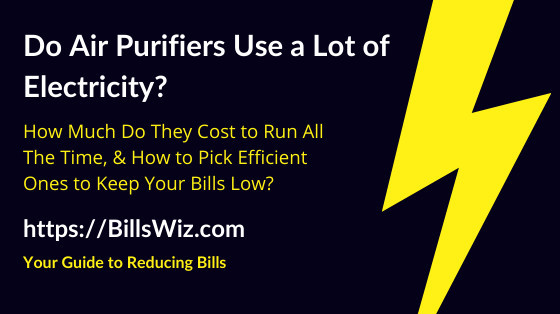 Do air purifiers use a lot of electricity and increase your bill?

How efficient are they? And how much energy do they use per day and per month.

And most important, which is the cost of running air purifiers all the time? And how to pick energy efficient ones that save you on the long run?

I am an electrical engineer, and I wrote this short guide in order to help you find all the answers you want in a simple language.

Do Air Purifiers Use a Lot of Electricity?

No, most air purifiers do not use a lot of electricity and they are considered one of the small loads that can run all the day without adding a significant amount to the electric bill.

Air purifiers can be put in the same category as fans that don’t use a lot of electricity when run, where they might draw around 1 kilowatt-hour per day on average, costing around 15 cents per day, depending on their rating and on the energy prices.

How Much Electricity Does an Air Purifier Use?

On average, an air purifier uses around 50 watts of power in order to run continuously, which translates into 0.05 kWh (kilowatt-hour) of energy on the electricity meter per hour of use.

The actual electricity consumption of an air purifier depends on its rating or capacity, the manufacturer, and on how many hours you keep it running every day. 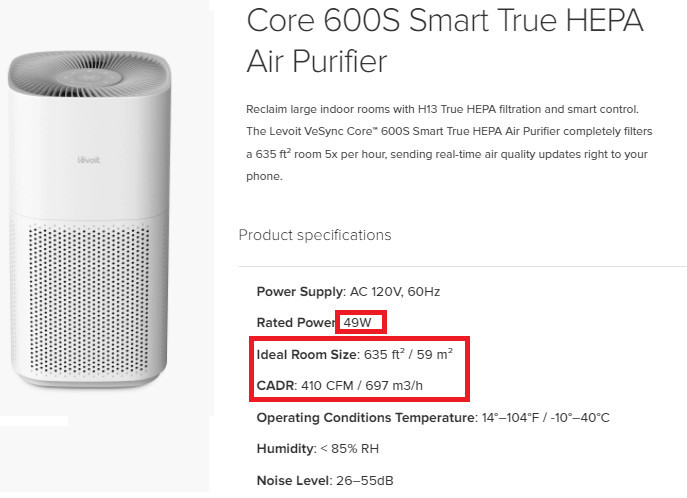 Most of the popular air purifiers are being made to be energy efficient when used to clean the air in enclosed spaces at home, office, or workshop.

An Energy Star certified air purifier means that it consumes less electricity than the average standard consumption of comparable units in the market.

Are Air Purifiers Expensive to Run?

Generally speaking, air purifiers are not expensive to run all the time as they don’t consume a lot of energy in order to work.

Will an Air Purifier Increase Your Electric Bill?

Like any appliance that runs on electricity, air purifiers will add some amount of money to your electric bill, but it is not that significant, especially if you get an energy efficient air purifier.

How Much Does an Air Purifier Cost to Run?

The cost to run an air purifier is around 17 cents per day, based on the average energy consumption of 0.05 kWh per hour of use, and on the average electricity price of 14 cents/kWh, assuming that you run it for 24 hours a day.

Per month, the air purifier will cost you, on average, around $5.1 to run, based on the average power rating of 50-watt, and the average electricity rate of 14 cents/kWh. 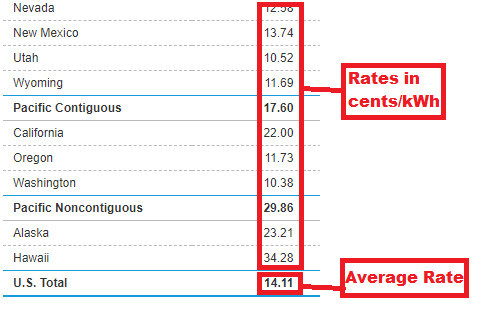 For example, in California, where you get charged around 22 cents per kWh of electricity, the average cost to run the air purifier would be around 24 cents per day, and around $8 per month.

And the same applies to the power rating of the air purifier itself.

For example, the Honeywell – HPA300 air purifier that uses around 100 watts to run, would end up using around 2.4 kWh per day when used to run all the day.

That translates into around 34 cents per day, and around $10 per month in running cost, based on the average energy price of 14 cents/kWh.

And the same unit, in California, would cost around 53 cents per day, and around $15.8 per month.

How to Pick The Best Energy Efficient Air Purifiers

In order to get an energy efficient air purifier and save money on electricity bill while having a quality living with clean air to breathe, you may consider the following:

Some of the well-known brands for energy efficient air purifiers are:

How Much Does it Cost to Run a Dyson Pure Hot and Cool Air Purifier?

The cost to run the Dyson Pure Hot+Cool is around 13.5 cents per day, and $4.05 per month, based on the average electricity price of 14 cents/kWh.

The Dyson air purifier uses around 40 watts of power in order to run, which translates into around 0.04 kWh pf energy per hour of use. 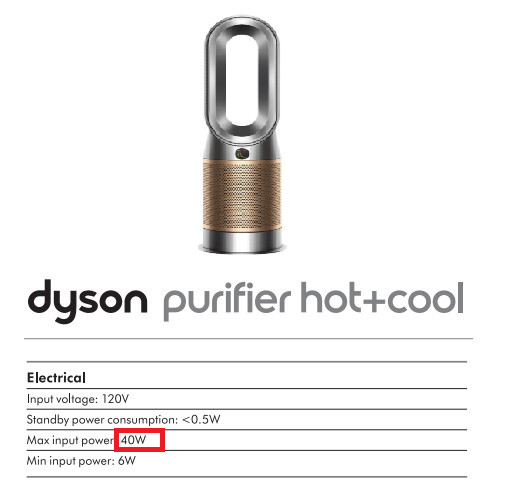 In California for example, where the rate is around 22 cents/kWh, the cost would be around 21 cents/day, and around $6.27/month.

How Much Electricity Does a Honeywell Air Purifier Use?

The Honeywell air purifier could use anywhere between 20-100 watts of power in order to run, depending on the model and its capacity, which translates into 0.48-2.4 kWh of energy per day.

The cost to use the Honeywell air purifier would range between 7 cents – 34 cents per day, or $2.1-$10.2 per month, based on the average electricity rate of 14 cents/kWh. 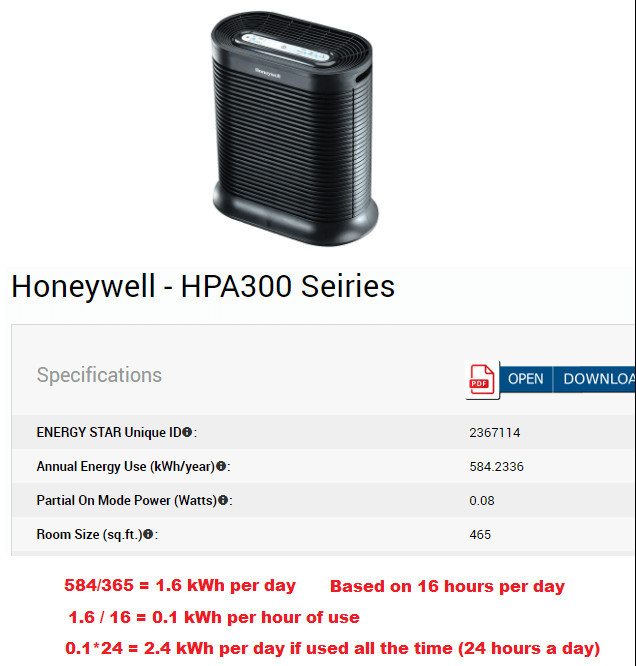 As you saw from the estimates above, air purifiers do not use a lot of electric energy, and they don’t cost a lot of money in order to run, even if you leave them on for 24 hours a day, every day of the month.

Depending on the power consumption of the model you have, and on the electricity prices in your area, the cost of running one energy efficient air purifier ranges between $5 and $20 a month, assuming that you leave it one all the day.

In order to maintain a high efficiency of an air purifier, do the regular maintenance and replace filters as per the manufacturer’s recommendations and as per needed.

I hope that my short guide was helpful and answered you on all of your questions regarding air purifiers and their energy consumption and running costs.

If you still need any help on this matter, or if you have other questions, please, tell me in the comments’ section below, and I will do my best in order to help you out 🙂