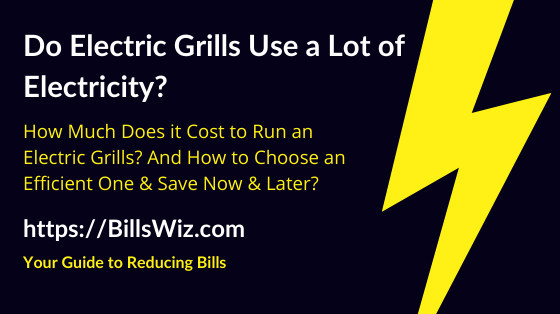 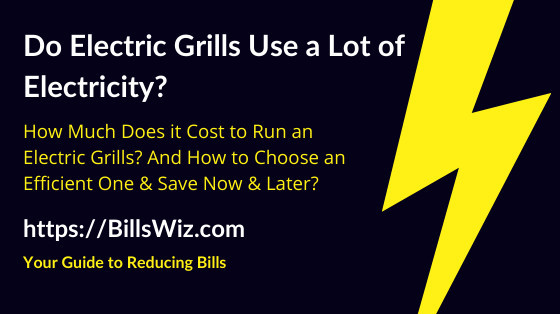 Do electric grills use a lot of electricity?

What is the average wattage of an electric grill?

How much does it add to your electric bill?

And how to choose the right grill for you in order to save energy and money on the short and on the long run?

I am an electrical engineer with more than a decade of experience, and I will help you in this short article to know if you should worry about the cost of using an electric grill.

And with the 11 tips at the end of this article, you will be able to make a smart decision when getting an electric grill in order to save energy and money, now and on the long run.

Do Electric Grills Use a Lot of Electricity?

Electric grills are among the big electrical appliances that draw a lot of power when they are turned on (700-2,000 watts), but the amount of electricity they use might not be a lot as they are not usually used every day nor for several hours a day.

Maybe during summer, if you are used to grilling a lot, the electricity consumption might increase a little bit, but still, the total amount of energy and cost of using the electric grill might not be significant compared to other appliances like the AC for example as you don’t need to keep the grill on for more than one to two hours per use.

How Much Electricity Does an Electric Grill Use?

On average, an electric grill uses around 1.5 kilowatt-hours per hour of use, based on the average grill wattage of 1,500 watts, and assuming that you turn it on the highest temperature.

Assuming that you use the grill for three hours a week, which means twelve hours a month, then the electric grill uses around 18 kiloWatt-hours of electricity per month (1.5*12), based on the average wattage of 1,500 watts. 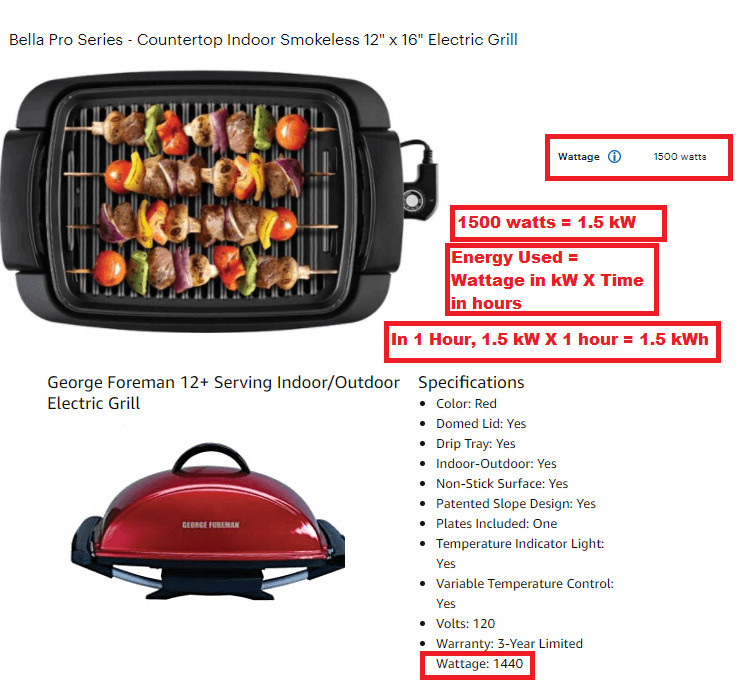 These are average estimates, and the actual electricity consumption of an electric grill would differ from one user to another depending on many factors, such as:

How Many Watts Does an Electric Grills Use?

Most electric grills fall in the range from 750-2,000 watts of power, depending on their efficiency, capacity, and grilling temperature range. 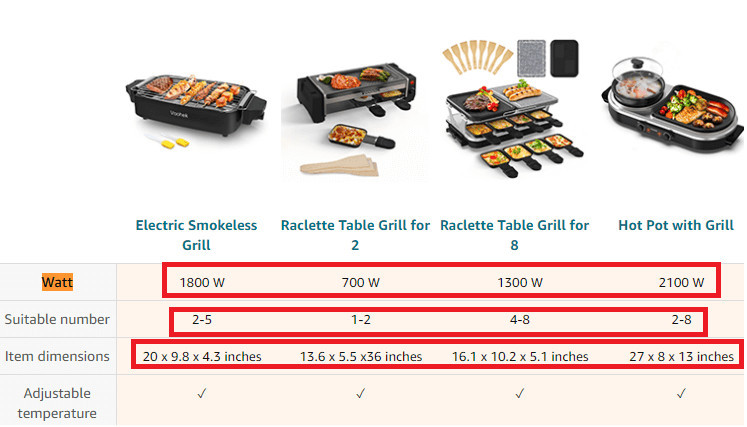 There are some models that might go under 750 watts, usually small ones for one to two servings, or bigger ones that exceed the 2,000 watts all the way up to 3,000 watts or more.

The wattage of an electric grill is determined by three main factors: 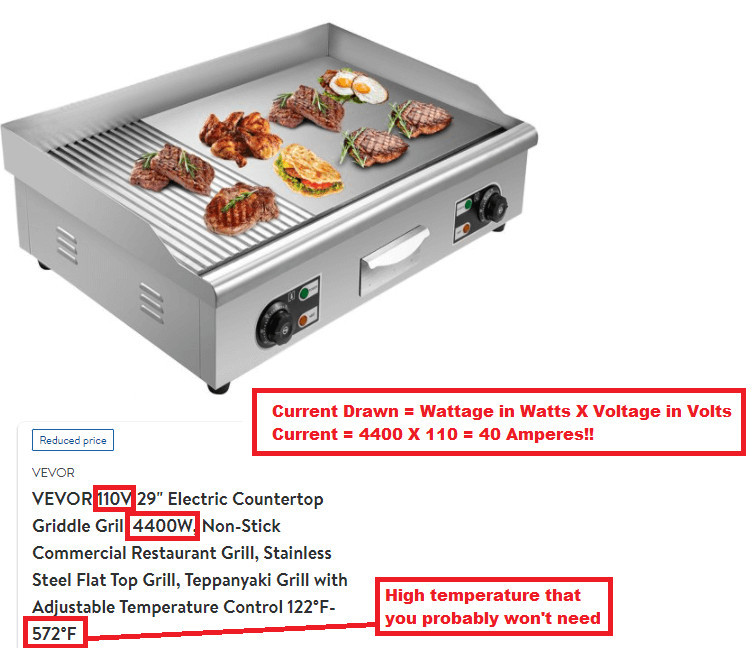 Important Note: Before you rush to buy a +3,000-watt grill, note that these draw a big current that exceeds 25 Amperes al the way up to 40 Amps, and the normal socket outlets at home are not manufactured to handle these currents.

Most socket outlets at home are capable of handling up to 15 Amps, and in some cases, 20 Amps like the ones usually (not always) installed in the kitchen.

Make sure to check out the Amperage of the outlet you intend to use before buying a grill, and make sure that the breaker feeding that outlet is capable of handling that amperage, and try not to operate other appliances on the same circuit that is coming out from that breaker.

And don’t try to change the circuit breaker in order to handle higher currents as that would burn the wires coming out from that breaker to the outlet, because they were sized based on the size of the breaker.

How Much Does an Electric Grill Cost to Run?

An electric grill costs around 21 cents in order to run for an hour, and around $2.5 per month, based on the average wattage of 1,500 watts, the average use of three hours per week, and the average electricity price of 14 cents/kWh.

A 1,500-watt grill uses around 1.5 kWh per hour of operation at the highest temperature.

Assuming that you use the grill for three hours every week, which is around twelve hours a month:

This is the average cost to run an electric grill based on the average grill size, average usage, and average energy price.

The actual running cost might increase or decrease based on the actual grill you have, the temperature you set it on, the actual usage in time including the preheating time and the grilling time, and the actual electricity price as energy prices differ from one company or region to another. 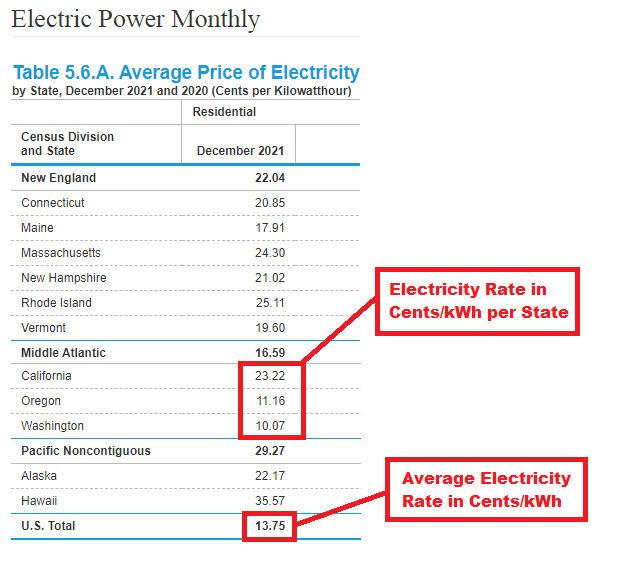 For example, in California, electricity prices are around 50% higher than the average I used in the example above, which means that the average cost of using the 1,500-Watt grill above for 12 hours a month would be around $3.75 per month. ($2.5X1.5)

While in Washington or Oregon, where electricity is around 30% cheaper than the average price, the total cost of running a 1,500-Watt electric grill for three hours a month would be around $1.7/month.

Even if you won’t grill every day, you still need to be smart when choosing an electric grill in order to make its running cost as low as possible, and here are some tips to help you choose an energy efficient electric grill: 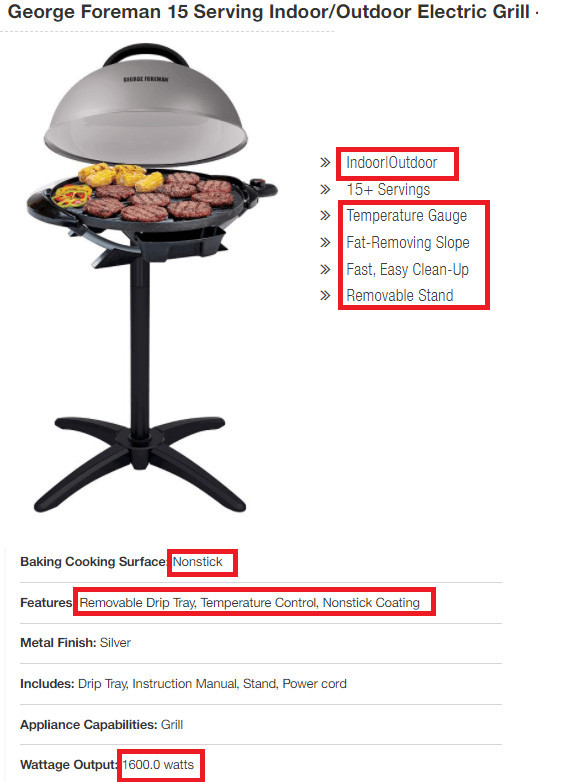 Conclusion – Are Electric Grills Worth it?

Electric grills can be worth it and a better option that gas, charcoal, and pellet grills as they are easier to use, clean, and maintain, and might be relatively safer to heat up.

The coast of running electric grills, even if it was higher than the cost of charcoal grills in some cases, can still be low as you won’t be turning them on every day for several hours, which means that your electric grill will not use a lot of electricity in terms of kWh’s added to the meter.

This is similar to the electricity usage of bread makers that have a high wattage but don’t necessarily run for long time every single day.

With the tips in the previous section above, you can even keep your expenses even lower when buying and using an electric grill.

I hope that my article was helpful and insightful.

If you still need any help on this topic or if you have other questions about electric grills energy consumption and costs, please, ask me in the comments’ section below, and I will do my best to help you out 🙂