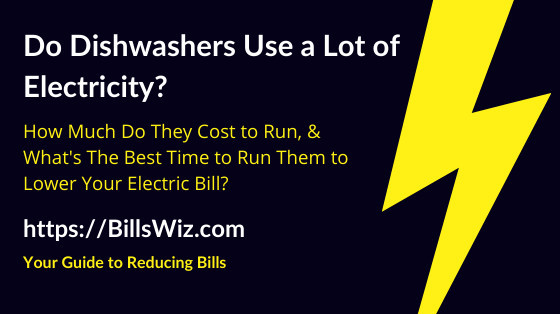 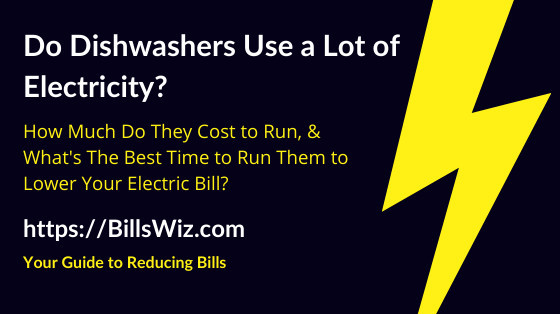 Does a dishwasher use a lot of electricity, or are they energy efficient?

How much does a dishwasher cost to run for one cycle, per week, per month, and per year?

Is it really cheaper to run the dishwasher at night? And should it be full when you run it?

I’m an electrical engineer, and I will help you answer these questions in this short article, so that you save money on electricity with your dishwasher and spend it somewhere else.

Do Dishwashers Use a Lot of Electricity?

Dishwashers do use a lot of electricity per load relative to what most appliances for running the same amount of time, but in general, since you run the dishwasher only for one cycle every day or even less frequently, the total amount of energy it will consume in a month should not be that big.

For example, per hour, the dishwasher could use as much electricity as a space heater, and way more than what a fridge would use for an hour.

The dishwashers are not all equal in electricity consumption since there are different sizes from different manufacturers with different efficiency levels and different running programs.

How Much Electricity Does a Dishwasher Use?

On average, the dishwasher uses around 1.2 kilowatt hour of electricity per load, which is around 36 kilowatt hours every month, assuming that it was run once a day, every single day of the month.

That’s around 20 percent more than the monthly consumption of a dual door fridge, or close to what a 6-gallon 1,300W water heater consumes for running one hour everyday for the whole month.

The actual usage differs from one dishwasher to another depending on its size, the brand, the efficiency, the operating mode, the dryer, …etc. 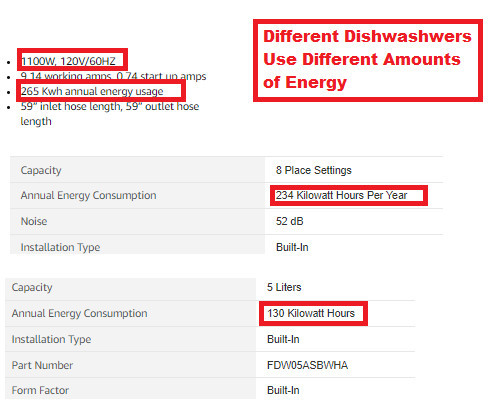 How Many Watts (Power) Does a Dishwasher Use?

How Much Energy Does a Dishwasher Use?

A dishwasher uses around 0.8-1.8 kilowatt hour of energy for every hour of its operation, and the total energy it uses would be the duration by which it works in hours, multiplied by the energy it uses per hour.

How Much Electricity Does a Dishwasher Use Per Hour?

A dishwasher uses, on average, around 1.2 kilowatt hours per hour of its operation.

How Much Electricity Does a Dishwasher Use Per Cycle?

The dishwasher uses anywhere between 1 – 2.4 kilowatt hours per cycle or load, depending on its size, efficiency, the running program, and the length of the dish washing cycle and drying cycle.

Smaller dishwashers, or economic programs in big dishwashers can consume as little as 0.5 kilowatt hour per cycle or wash.

How Much Electricity Does a Dishwasher Use on Dry Cycle?

A dishwasher could use anywhere between 0.01 – 0.5 kilowatt hour on the drying cycle depending on its size, the drying cycle duration time, and on the mechanism that it uses to dry the dishes whether it was by headed air drying or just by air circulation.

How Much Electricity Does a Dishwasher Use Per Week?

A dishwasher uses anywhere between 7 -17 kilowatt hours per week assuming that you run it once a day, depending on its size, running program, drying method, and efficiency.

The weekly electricity usage of a dishwasher could go to as low as 3 kilowatt hours a week for smaller dishwashers or big dishwashers on Eco running programs.

How Much Electricity Does a Dishwasher Use Per Month?

A dishwasher uses, on average, between 30-70 kilowatt hours of electricity per month if they where run for one cycle every day of the month.

When run on an economic program, or for a smaller dishwasher, the electricity usage in one month could be around 15 kilowatt hours, when used everyday for one cycle.

How Much Does it Cost to Run a Dishwasher?

The cost to run a dishwasher is around 17 cents per cycle on average, which amounts into around $5.1 per month, when run for one cycle every day of the month, based on the average electricity rate of 14 cents/kilowatt hour, and an average 1.2 kWh of electricity per cycle.

Some dishwashers cost less to run as they consume less energy, like 0.5 kWh per cycle, which translates into 7 cents per cycle, and $2.1 per month for the same electricity rate.

Note that this is the average, but the actual cost might change depending on two things: 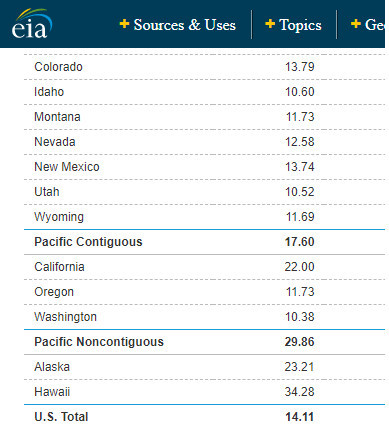 How Much Does it Cost to Run a Dishwasher Once a Day or Per Load?

The cost to run the dishwasher for one time a day ranges between 14-34 cents, based on the average price of 14 cents per kilowatt hour, and the average consumption of 1-2.4 kWh per load.

The actual cost to run a dishwasher per load or cycle would differ depending on the dishwasher size, consumption, and electricity price in your area.

How Much Does it Cost to Run a Dishwasher Per Month?

The cost to run a dishwasher per month is between $4-$11 per month, assuming that you run it once a day, for everyday of the month, with the electricity consumption of 1-2.4 kWh per load, and average electricity rate of 14 cent/kWh.

The actual monthly cost of running the dishwasher on daily basis might be higher or lower based on the specific dishwasher consumption and on the electricity rates, as it could be double these numbers in Hawaii for example where the rates are around 30 cents per kilowatt hour.

How Much Does it Cost to Run a Dishwasher for a Year?

The cost to run the dishwasher for a year, once every day, could be anywhere between $48-$130 based on the energy consumption of 1-2.4 kWh per cycle, and the average price of electricity of 14 cents/kWh.

When Is The Best Time to Run The Dishwasher to Save Money?

In some places, where the electricity company charges different rates based on the time of usage, it becomes cheaper to run the dishwasher late at night or early in the morning, during the off-peak hours.

This is similar to the best time to do laundry in order to save money on the electric bill.

Check out the last electric bill, the company’s website, or call them in order to know the exact rates at each hour and find out the off-peak hours.

The nice thing is that some dishwashers allow you to set the dishwasher to work on a certain hour, with a delay of up to 24 hours, like the BLACK+DECKER BCD6W dishwasher for example. 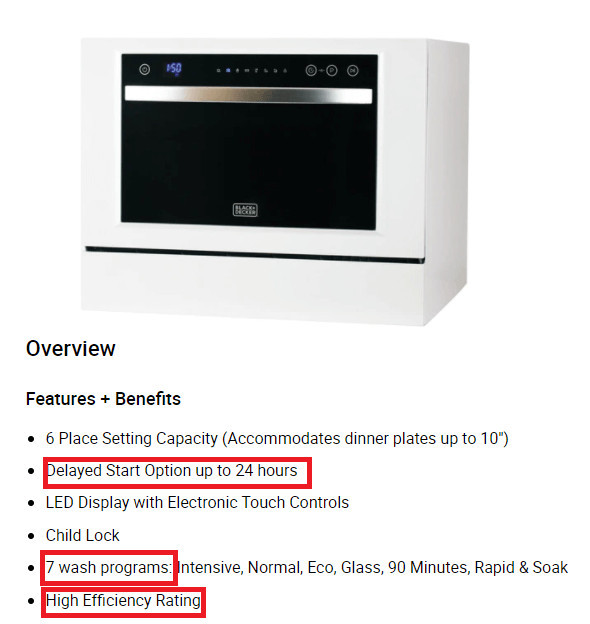 Does The Dishwasher’s Air Dryer Cost a Lot to Run?

The dishwasher’s air dryer’s cost vary from one dishwasher to another based on its mechanism, the length of drying cycle, whether it uses hot air, or just by circulating cold air.

With the electricity usage range of 0.01 – 0.5 kilowatt hour given earlier, and average rate of 14 cents/kWh of electricity, the cost to run a dishwasher air dryer ranges between 1-7 cents per drying cycle.


Conclusion – You Can Save Money with Dishwashers

Dishwashers can help you save time, water, and even electricity when used right, instead of hand washing dishes, which might cause you to spend more money on electricity to heat water.

To maximize savings with dishwashers, follow these simple tips:

I hope this was helpful for you in knowing how much electricity dishwashers use and how much they cost to run.

If you still need any help or have any question on this topic, please, ask me in the comments’ section below, and I will do my best to help you out. 🙂