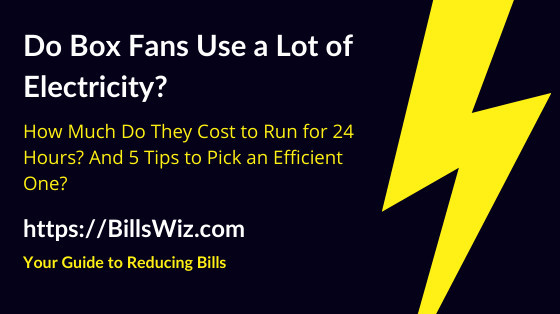 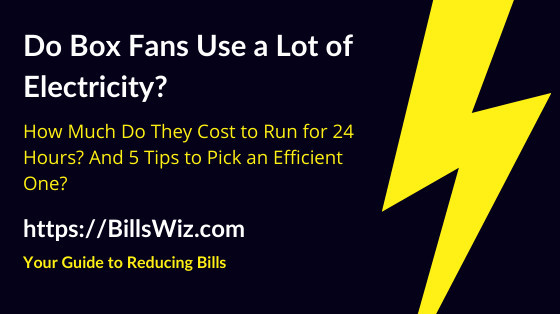 Do box fans use a lot of electricity and add a lot of money to your monthly bill?

How much do box fans cost to run per day and per month, and is it expensive to leave them on for 24 hours a day, every day?

Are they cheaper to use than ceiling fans or air conditioners?

I am an electrical engineer, and I wrote this short article in order to help you answer these questions and help you know how to pick an efficient box fan that saves you money on the long run.

Do Box Fans Use a Lot of Electricity?

Box fans do not use a lot of electricity compared to other appliances, as the average box fan uses around one-tenth of the electricity that 1-ton AC uses during the same running time.

This means that running an average box fan for 24 hours would consume as much electricity as running a 1-ton AC unit for around 2.5 hours.

And this is similar to the electricity usage of fans of many different types, such as tower fans and ceiling fans, as fans

The total energy consumption of a fan depends on its wattage, the speed it is left on, and the total time of use.

How Much Electricity Does a Box Fan Use?

On average, a box fan uses around 0.1 kilowatt-hour of electricity for each hour it runs, which accumulates into around 1 kilowatt-hour per day assuming that you keep it on for ten hours a day, based on the average box fan wattage of 100 Watts. 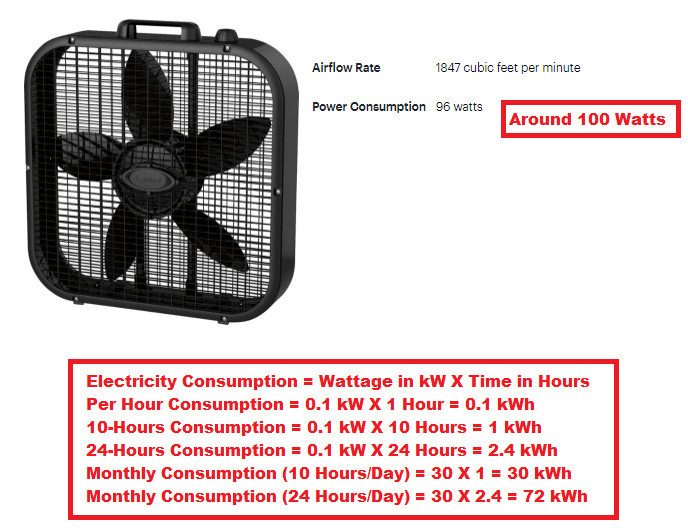 The exact amount of electricity a box fan uses in an hour will vary depending on the unit’s wattage, and on the speed it is running as running the same box fan on different speeds uses different levels wattage and thus, different amounts of electricity per hour.

How Much Electricity Does a Box Fan Use in 24 Hours?

On average, a box fan uses around 2.4 kWh’s of electricity when running for a complete 24-hour period, assuming that it draws around 100 Watts of power when running.

How Much Electricity Does a Box Fan Use Per Month?

On average, a box fan uses around 30 kWh’s of electricity per month, assuming the average box fan wattage of 100 Watts, and the daily usage of 10 hours per day.

Assuming that you run the 100-watt box fan for 24 hours a day, every day of the month, then it would consume around 72 kWh’s per month.

How Many Watts Does a Box Fan Use?

A box fan uses anywhere between 50-200 Watts of power in order to run for the bigger size of 20″ box fans. 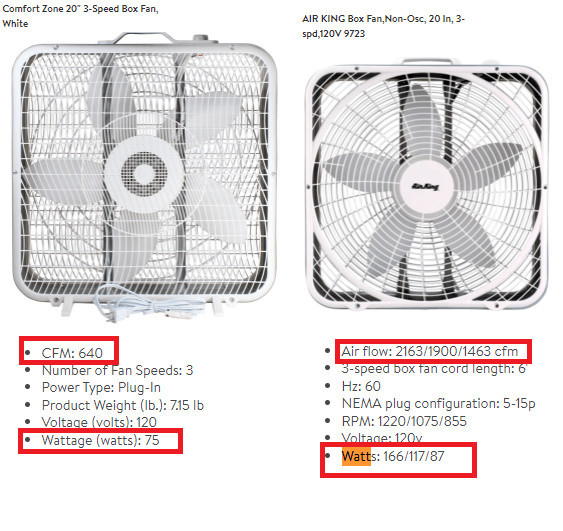 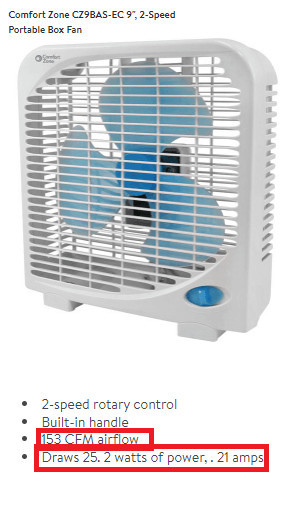 Note that most fans come with multi-speed settings, which means that the fan would draw a different amount of power at each speed, drawing its highest wattage at its highest speed.

Are Box Fans Expensive to Run?

Box fans are not expensive to run as they don’t use a lot of electricity compared to the major appliances, as the average box fan costs around one-tenth of what a 1-ton AC unit costs.

How Much Does a Box Fan Cost to Run?

Per day, assuming that you run the box fan for ten hours a day, it would cost around 14 cents a day to run it.

And in twenty-four hours, the box fan would cost around 34 cents to run.

THe actual cost of running a box fan would vary from one user to another depending on the actual unit wattage, the speed it is running on, the actual number of hours it is used every day, and the actual electricity rate as rates differ from one place to another. 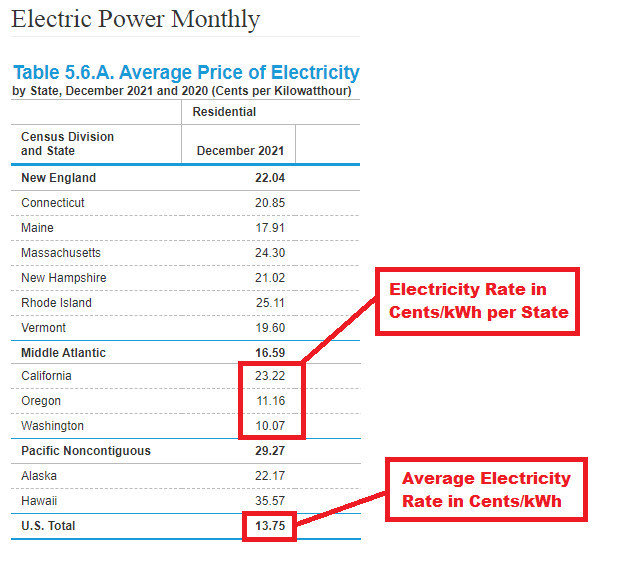 Here are some tips to help you choose an efficient box fan and save energy and money on your bills: 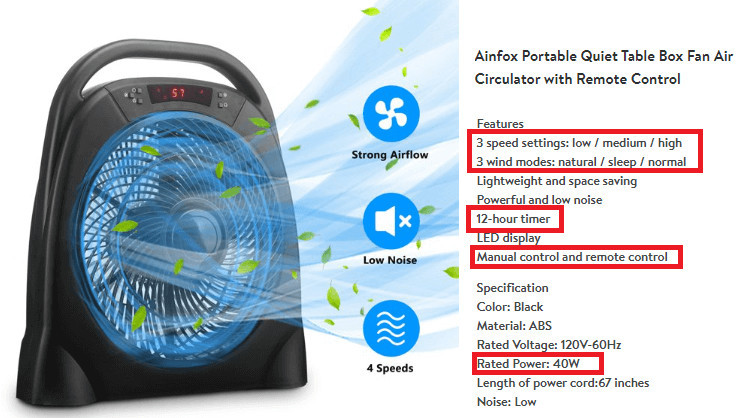 Conclusion – Box Fans Can Be a Cheaper Option

Box fans can be a cheaper option to use as they don’t use a lot of electricity and don’t cost a lot to buy and install compared to AC units and ceiling fans.

They might not provide the high airflow ceiling fans provide, and do not cool the air as an AC unit does, but they can be useful and give you comfort in many cases when people use those bigger appliances when they don’t actually need them.

Follow the tips in the previous section in order to save more on the long run when using a box fan.

And if you still have any question on this topic, feel free to leave it in the comments’ section below, and I will do my best to help you out 🙂