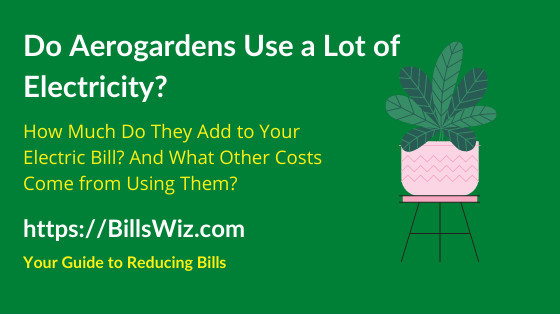 Do Aerogardens use a lot of electricity and increase your energy bill?

How much do they cost to run, what costs should you expect other than electricity costs, and what alternatives to the Aerogarden models are out there that you may consider?

These questions and more, I will be answering for you in this short article in order to help you know what to expect.

Do Aerogardens Use a Lot of Electricity?

Aerogardens energy consumption is low because the main electric load they have is basically the LED light source, in addition to small electronic circuits that monitor the operation of the appliance, run the timers, and give you the data you need.

And as I explained in an earlier post, LED lights do not use a lot of electricity.

How Much Electricity Does an Aerogarden Use?

Aerogardens use around 60 watts of electric power in order to run, which accumulates into around 1 kWh (kiloWatt-hour) of energy on the meter in a day, assuming that you keep them on for eighteen hours a day.

In a month, an Aerogarden would use around 32 kWh of electric energy, on average. 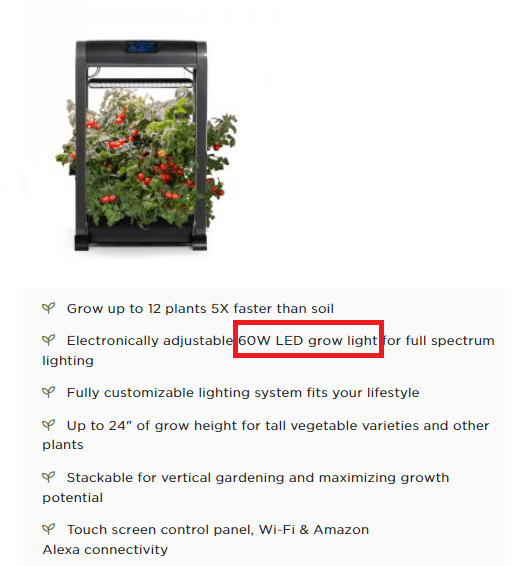 The actual electricity consumption of an Aerogarden changes from one model to another as each family of models have a certain wattage, and some of them come with the dimming feature that lowers the light intensity, which then reduces the energy consumption of the unit.

For example, for the smallest Aerogarden model, Sprout, which consumes only 13 watts in order to run, the daily and monthly consumption would be:

And for the largest Aerogarden model, Farm 24XL, which consumes around 126 watts in order to run both units at full light range, the daily and monthly electricity consumption would be:

How Much Power (in Watts) Does an Aerogarden Use?

An Aerogarden uses power in the range of 13 watts to 126 watts, based on their size, the LED lights they have, and the availability of a dimming feature.

Here are the main Aerogarden model families and the power consumption of each:

Yes, Aerogardens are energy efficient appliances as they use LED lights that are highly efficient compared to other types of lights.

Also, some of the bigger Aerogarden models (40-watt and higher) come with the dimming feature that can help reduce the electricity usage.

And the electronic circuits inside the Aerogarden unit consume a very low amount of energy, and even the motors that change the light’s elevation in the Farm family, they are small and they don’t need to run except for few seconds when you want to change the height of the LED light, which is not something that you will do every day.

Are Aerogardens Expensive to Run?

No, Aerogardens are not expensive to run as they don’t use a lot of energy, but the main cost would be providing nutrients to the plants, in addition to the cost of the seeds.

You need to provide nutrition to the plants you grow with Aerogardens as they utilize the hydroponics concept that uses no soil to grow plants.

This is in addition to other accessories that might need to be replaced with every new planting that you start such as: growing sponges, growing baskets, grow domes, …etc.

How Much Does an Aerogarden Cost to Run?

The cost of running an Aerogarden is around $4.5 a month on the electric bill based on the average consumption of 60 watts, and the average energy price of 14 cents/kWh.

The actual energy cost for running an Aerogarden might change from one model to another and from one user to another based on the following main factors:

For example, for the smallest Aerogarden model, Sprout, that consumes around 7 kWh per month when left on for eighteen hours a day, the energy cost of running it would be around only 98 cents per month, based on the average electricity price of 14 cents/kWh.

And for the biggest Aerogarden model, Farm 24XL, which consumes around 68 kWh per month when running on the highest setting for eighteen hours a day, the energy cost for running it would be around $9.5 a month with the energy rate of 14 cents/kWh. 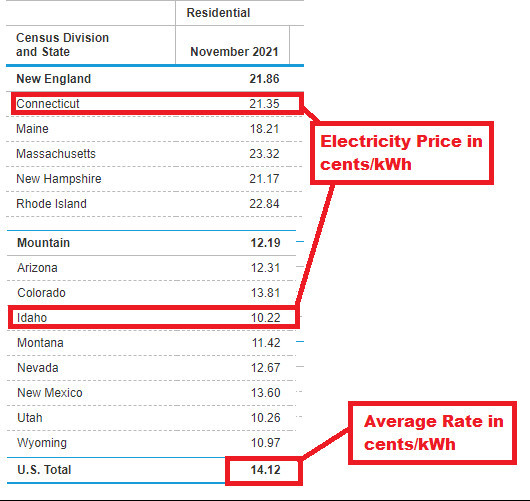 There’s also the cost of providing nutrients to the plants, adding water, the seeds, and the accessories that might need to be changed with every new planting start.

There are many brands that sell different models of smart indoor gardens that you can look at, each one with a certain set of features, wattage, size, capacity, and price.

Some of the most popular Aerogarden alternatives are:

Take your time to shop around and choose the one that fits your needs, consumes less energy, comes with convenience features that you might use, has more reviews with a high rating, has the look that you like, and doesn’t break the bank when buying.

I hope that you found my short article helpful and insightful.

Aerogardens do not use a lot of electricity and do not cost a lot to run when it comes to the energy bill, and they can provide you with fresh food and even add a beautiful look to your place.

If you still have any question on this topic, please, let me know in the comments’ section below, and I will do my best to help you out 🙂